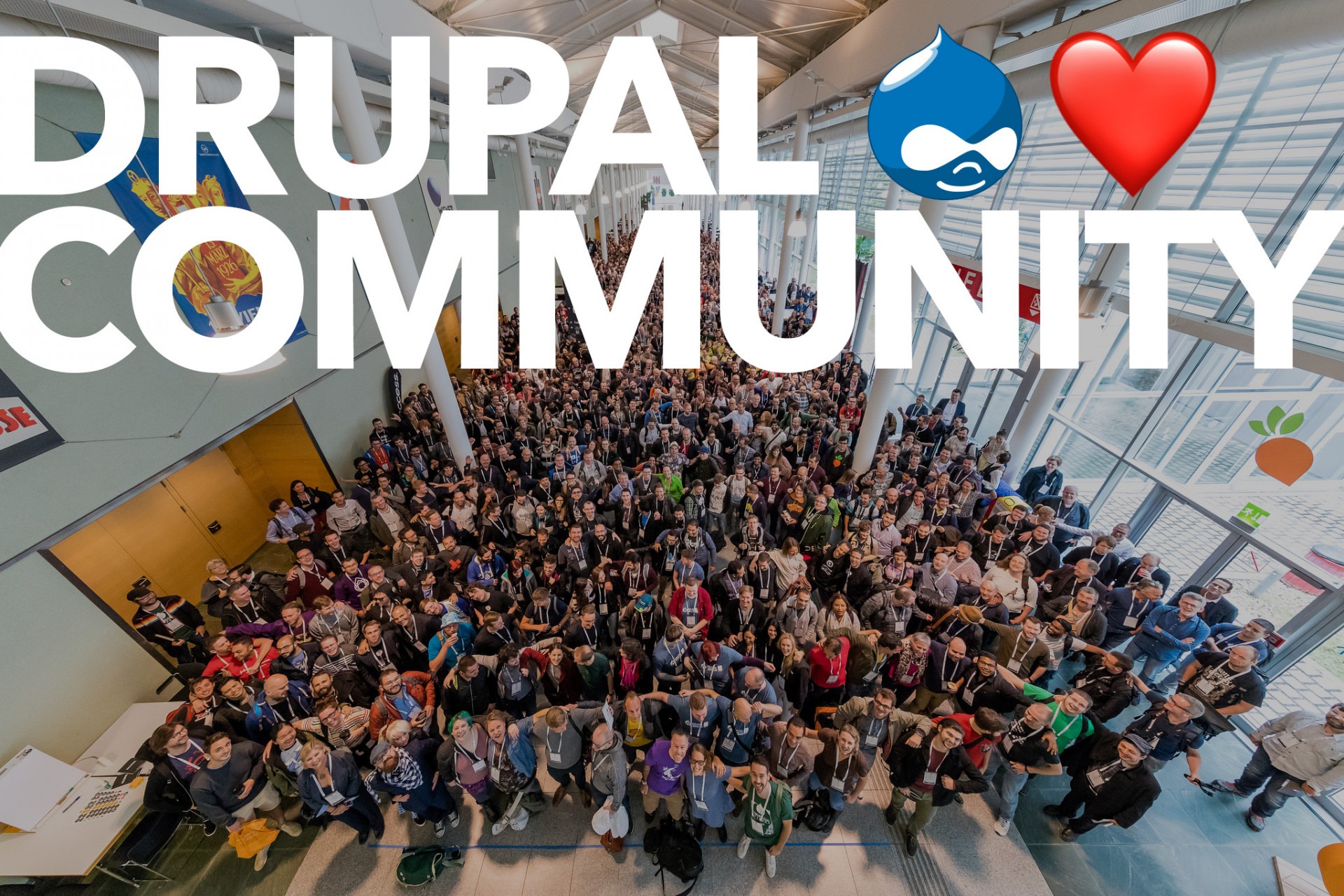 The value that the community brings to the development of Drupal

Drupal is known for the community that it has amassed as an open source software. But what is the value that the community brings to the development of Drupal?

First off, drupal is an open source CMS. What that means is that everybody can download and mingle with it. Because of this, Drupal has gathered a community of supportive members. Soon, the community has started to actively contribute with code and ways to further developed and improve Drupal. Drupal has more than 42,000 modules that were developed by the community. On top of that, regular security issues are discovered and fixed by the members in their own free time. Also, users are taking their time to answer questions posted on forums by new members to guide them in the Drupal world. This has led Drupal to be known as one of the most active, helpful, dedicated and loyal communities in the world.

We all come together at DrupalCon

So where do the members of the community spend their time when not sitting in front a of a screen coding?

Well, the biggest event of the year is the DrupalCon. Every year it takes place in another location. With two conventions scheduled for 2019, one in sleepless Seattle and the other in incredible Amsterdam, DrupalCon is sure to gather a big crowd this year. Activities which are scheduled include keynotes with inspiring figures from inside and outside the community, trainings, summits, birds of a feather meetings and diverse social events.

DrupalCon is a great opportunity to meet and connect with new people, while acquiring more knowledge about Drupal and the direction it's heading in. On top of that, there is a chance of engaging into conversation with highly skilled people with expert knowledge in their domain, which can guide you and give you tips and tricks on what to do. So, if you’re a Drupal enthusiast, be sure to grab a ticket, pack your luggage and join the biggest Drupal social event of the year. Now that we talked about the biggest social event of the year, Drupalcon, we can take a look at what the Drupal community is doing for the rest of the year. The community also organises smaller events, throughout the year, for regional groups of people. These meetings are more frequent than the DrupalCons. The activities which are undertaken in those camps are usually talks held by speakers on different subjects of interest to the community. The camps also offer training talks for beginners. The main focus of these type of events is to find out more about Drupal, share your Drupal experience and also to meet the local Drupal community.

How are new Drupal users integrated?

Now that we know how the Drupal community likes to spend its time, we can have a look at how the newcomers are being integrated in the community. First, the newbies can attend training sessions which are held on multiple occasions over the course of the year, with different locations. So, if you’re getting an interest in Drupal but don’t know where to start, you can search for the nearest Drupal beginner onboarding camp to find more about Drupal and the Drupal community. On top of that, you can also rely on the Drupal community forums by posting questions there and letting a more experienced user answer your question. Drupals open source means that everybody can get involved, making the community vibrant and full of inspirational stories. The community has the spotlight section where there are numerous articles about different members of the community and their journey from being a beginner to a well respected member and contributor.

Another inspiring story is that of Ildephonse Bikino. He discovered Drupal through his job. He had the opportunity to attend the DrupalCon from 2016 held in New Orleans via a scholarship provided by the Drupal Association. There, he saw the opportunities that the open source software can bring. This led him to host his first Drupal Global Training Day in Rwanda, where he was expecting a number of 50 atendees. However, to his surprise, this number quickly grew and he had a list of 388 participants. Not wanting to turn his back on the Drupal enthusiasts he rose to the challenge and transformed a one day training into eight sessions spread across multiple weekends. This way, he made sure that every Drupal enthusiast received a proprer training. His dedication to the cause is what makes him a trully inspiring person and gives us a reason to tell his story.

Another great spotlight is the one about Kevin Thull. He got involved into Drupal through freelancing and started really getting involved with the community by the time the book Using Drupal 6 came out. He is known for being the mastermind behind the recording of the different Drupal events. He started recording drupal camps back in 2013. At first, everybody questioned his decision, however, he stayed true to his belief, that it is important to record those events. To date, he is personally responsible for recording over 800 sessions and giving up countless of hours of his time to achieve this feat. He was awarded with the Aaron Winborn Award in 2018 for his contribution to the Drupal community.

For example, we have the case of Rachel Olivero which has recently passed away. She first started getting involved with the community at the DrupalCon 2017 in her hometown of Baltimore, where she participated for the first time in a code sprint and also reported her first bug. She was engaging constantly with the community on social platforms. As a blind person, she led an accesibility breakthrough at DrupalCon Nashville. She was always sharing her knowledge and expertise regarding this topic. Her aim was to make life easier for the users with disabilities. She understood the importance of diversity and so she was also engaged with the Drupal Diversity and Inclusion Team. Although she was part of the community for a short period of time, she left her mark through her actions and her contributions.

Aaron Winborn and the award named after him

The Aaron Winborn Award, also known as the “Academy Award” of the Drupal Association is an honor given to the members of the Drupal community that show personal integrity, kindness and an above-and-beyond commitment to the community. It was named in the honor of Aaron Winborn, a big community contributor which passed away after losing a battle with Amyotrophic Lateral Sclerosis. A specific disease which causes the death of the neurons that are controlling voluntary muscles. In order to remember the contribution which Aaron Winbord has brought to the Drupal community, the award was named after him after his death in 2015. To date, the award was given to 4 people which had a big contribution to the community and namely Cathy Theys, Gábor Hojtsy, Nikki Stevens and Kevin Thull. Right now, the nominations for the next awarding are open, so be sure to nominate your favourite member of the Drupal community.

In conclusion, the community is of utmost importance to the development of Drupal. The community is what keeps the CMS alive, while also in a costant state of evolution. Drupal has made it possible for people of different cultural backgrounds to cooperate and stand united for the same cause.  This reflects well on the unofficial motto ,"Come for the code, stay for the community".